Arrived to the south coast on Friday the 16 of October at last Everything you want to ask, read or write about Sfakia, southwest Crete, or Crete island in general.

Thank you very much for sharing your photos with us!
In this different time, when many of us frequent visitors have not been able to fill ourselfs with ”all the good feelings” that Sfakia and our friends there give us, all news photos helps! ❤️

Hello Peter,
Sorry we have not answered but we have not had any WiFi for a couple of days. Thanks for the explanation you gave us, it is really from an expert in the field. Glad that you and Jean enjoyed the pictures, we know how much this area means to you both and many other members in this forum.
Peter, just for information it was still a problem with the hot water, both in the mornings and some afternoons.

Hello Annelie,
Our pleasure. It will soon come more pictures, but we have not had any WiFi for the last couple of days because of the dramatic weather and the low clouds. We even drove up to Anopoli Teo days ago for breakfast to try so send from there without success and to a Internet cafe in Vrissis with no luck. But the weather is good again now, so we will try shortly.
Marie and Andrew

Because of the bad weather we have had very very bad WiFi for the last few days. We even drove up to Anopili two days ago and tried and later in the day to an internet cafe in Vrisis but no luck. Better weather now again.
We can also report that Giannis from Lefka Ori and his girfiend Martina are running the Acrogiali cafe, and have a new drinklist and the have given the bar a smart new look. 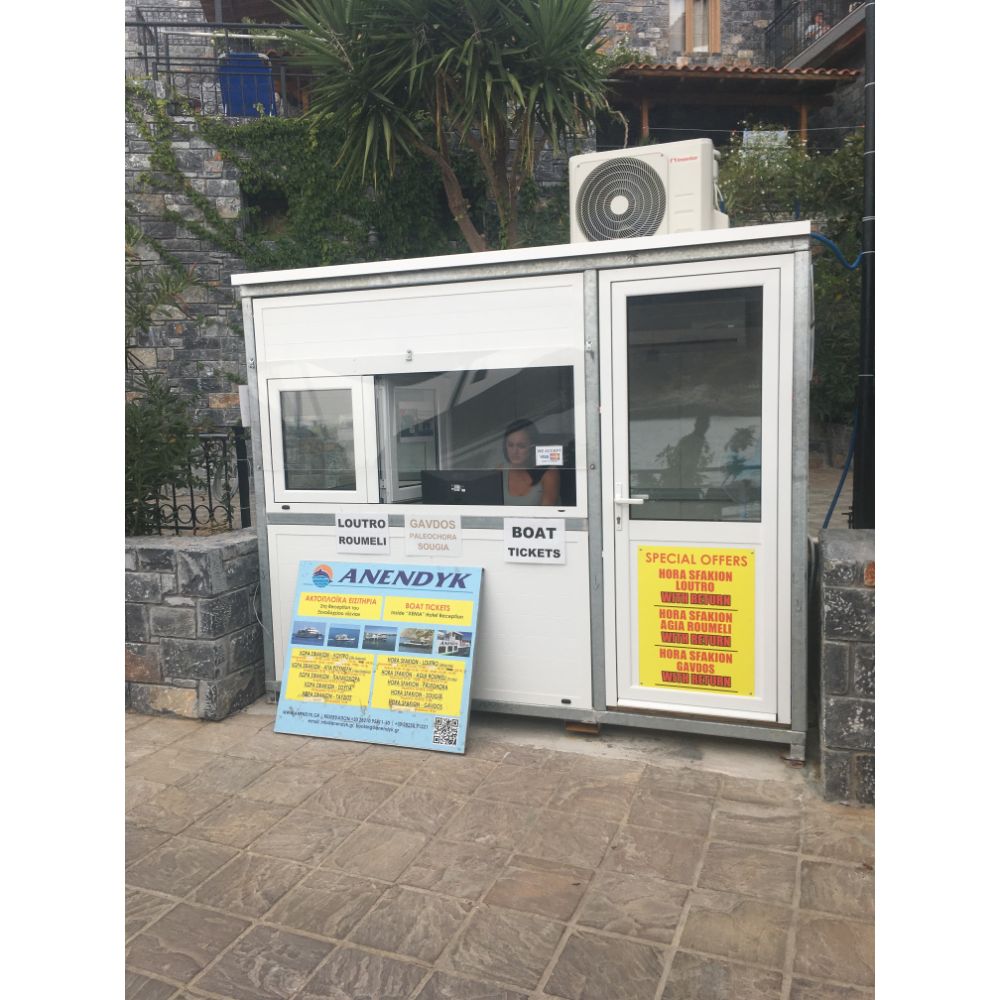 Anendyk has got at new ticket office in front of the hotel Xenia as the Neptune leaves from the small harbour. 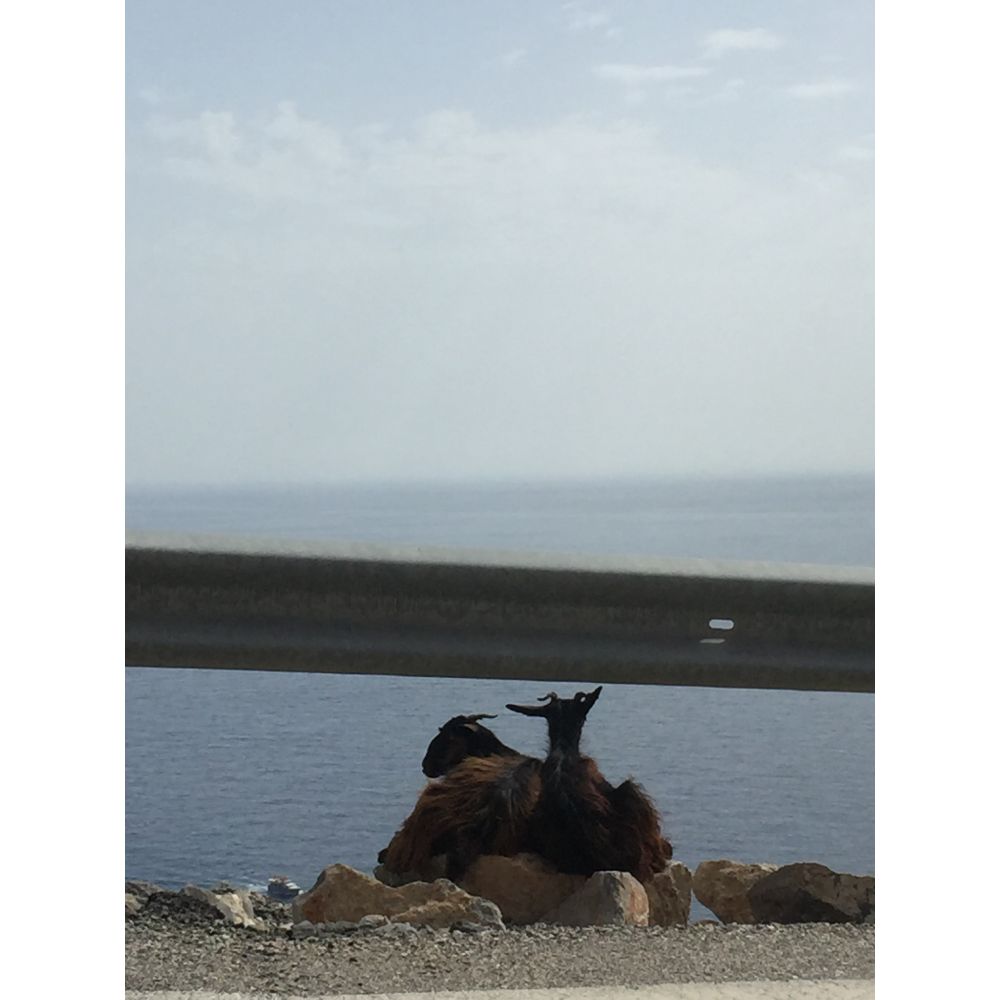 What do you think about this two lovely goats on the way up to Anopoli. 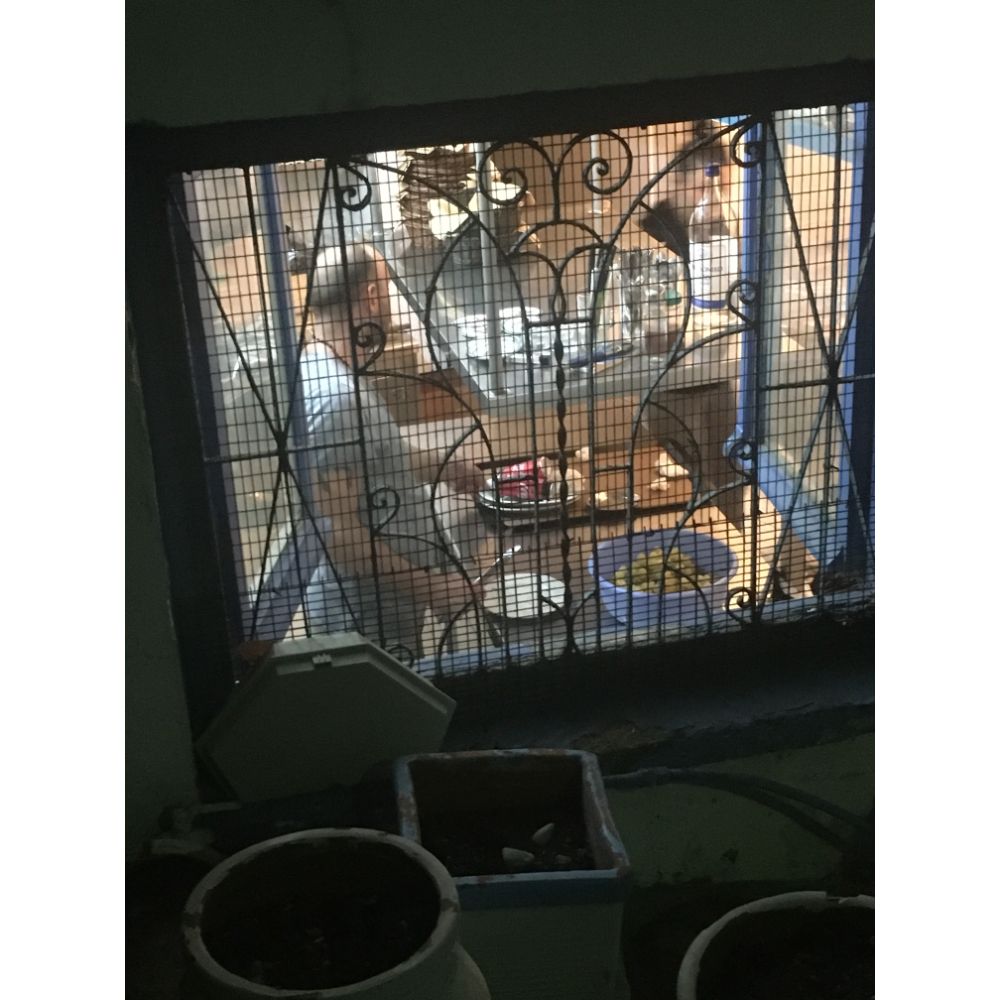 The staff at Lefka ori preparing in the kitchen. 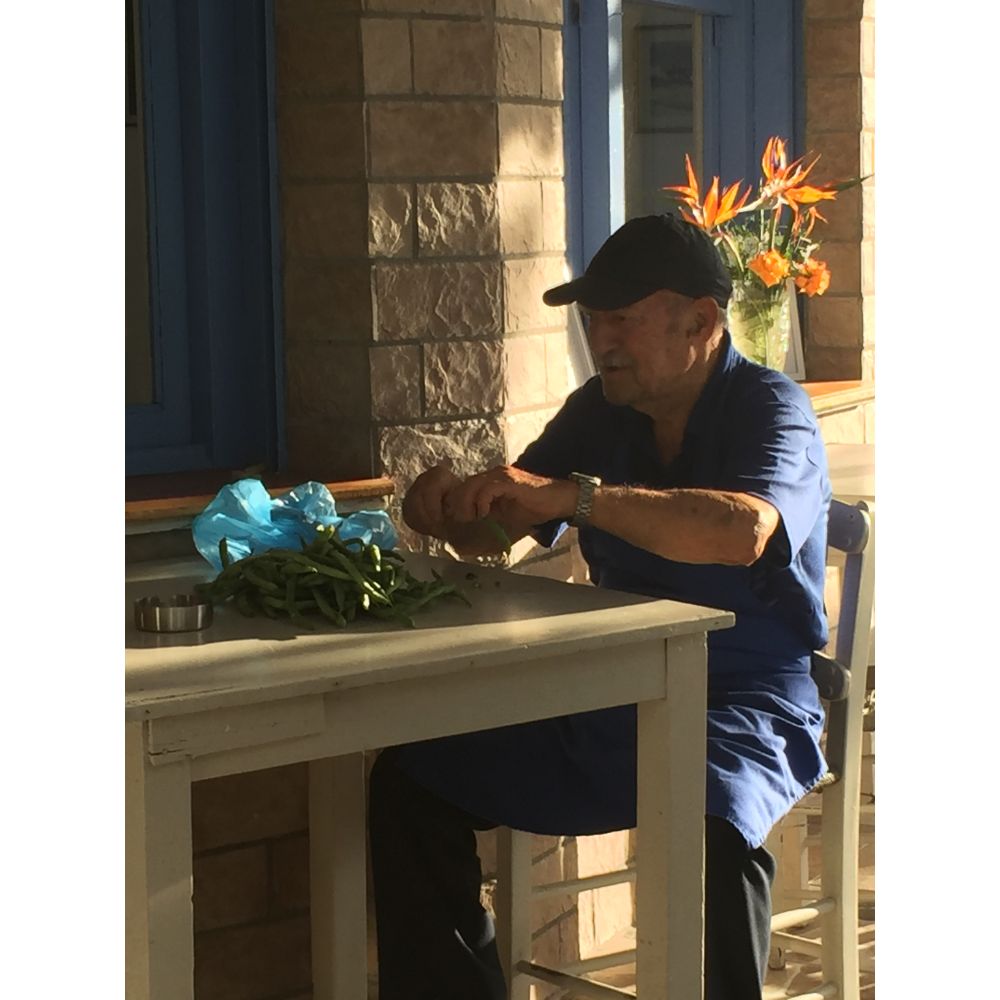 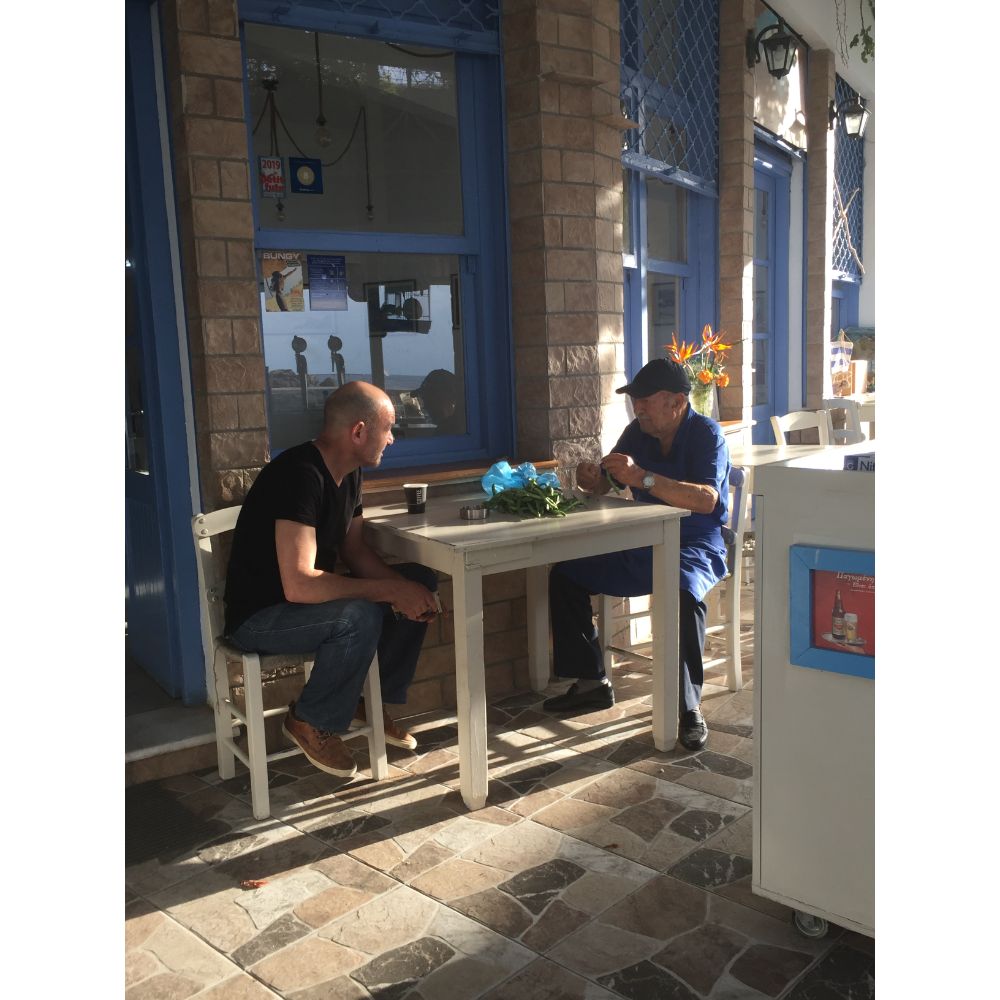 Andreas and the new cook Ahmed discussing the days many. Andreas cleaning the beens. 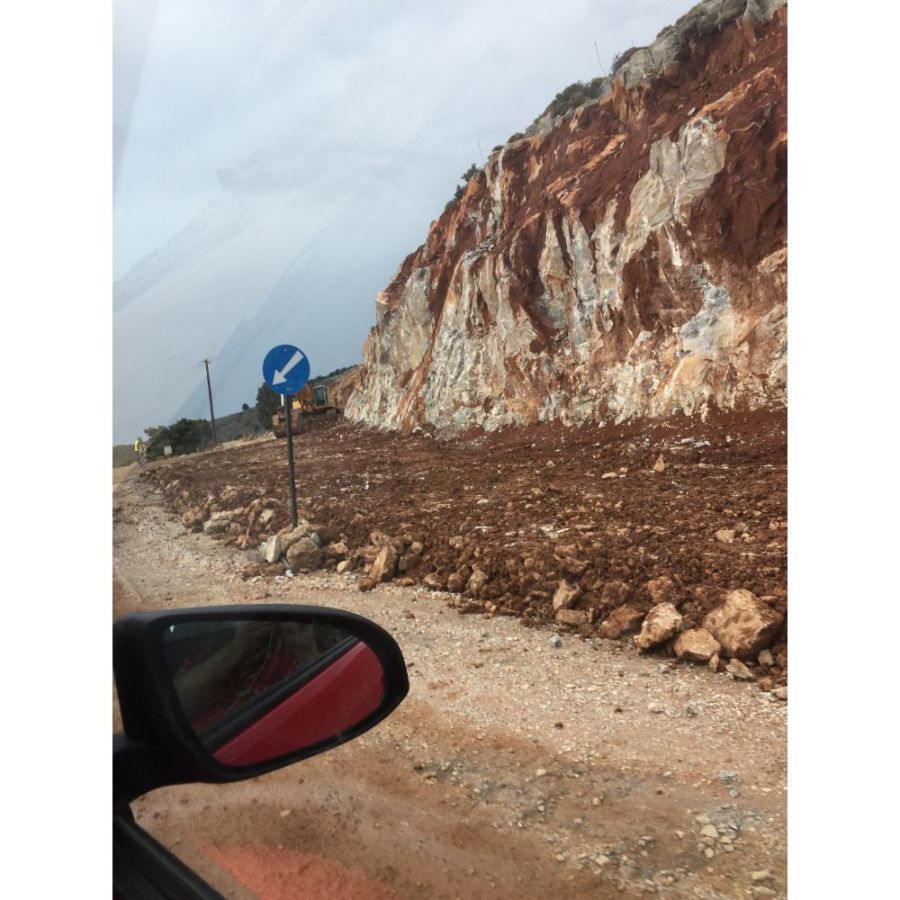 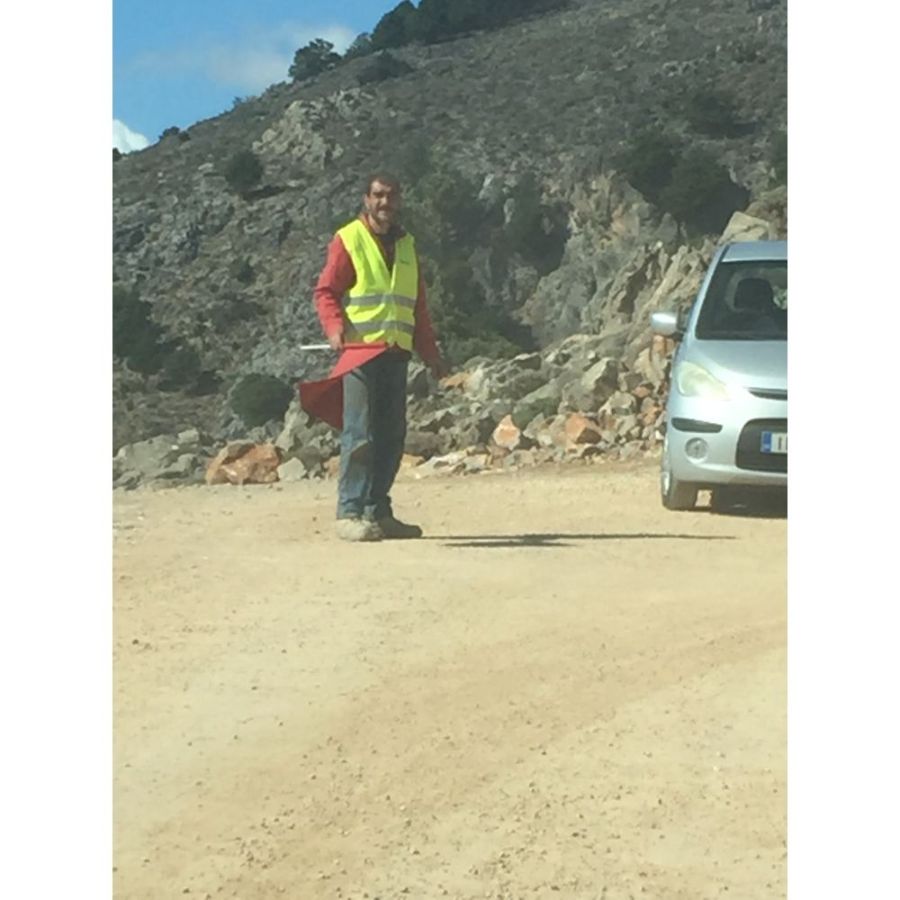 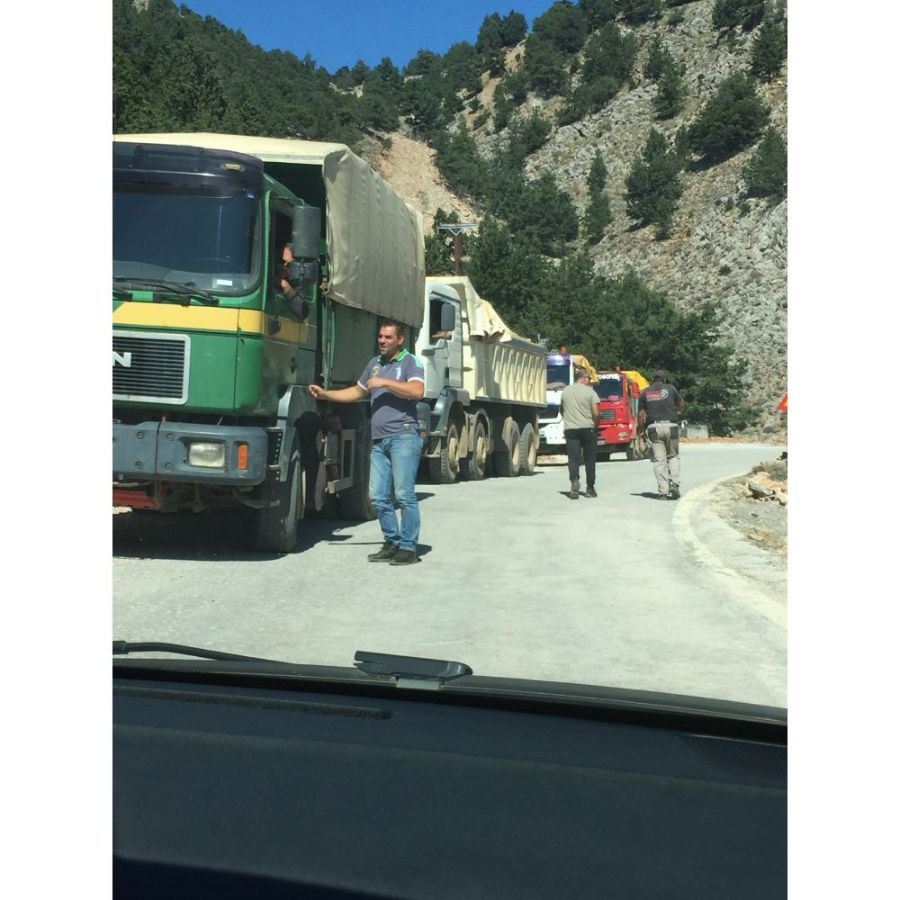 Roadvidening to make easier for the buses to met other cars in the bends, They are doing a fantastic job. 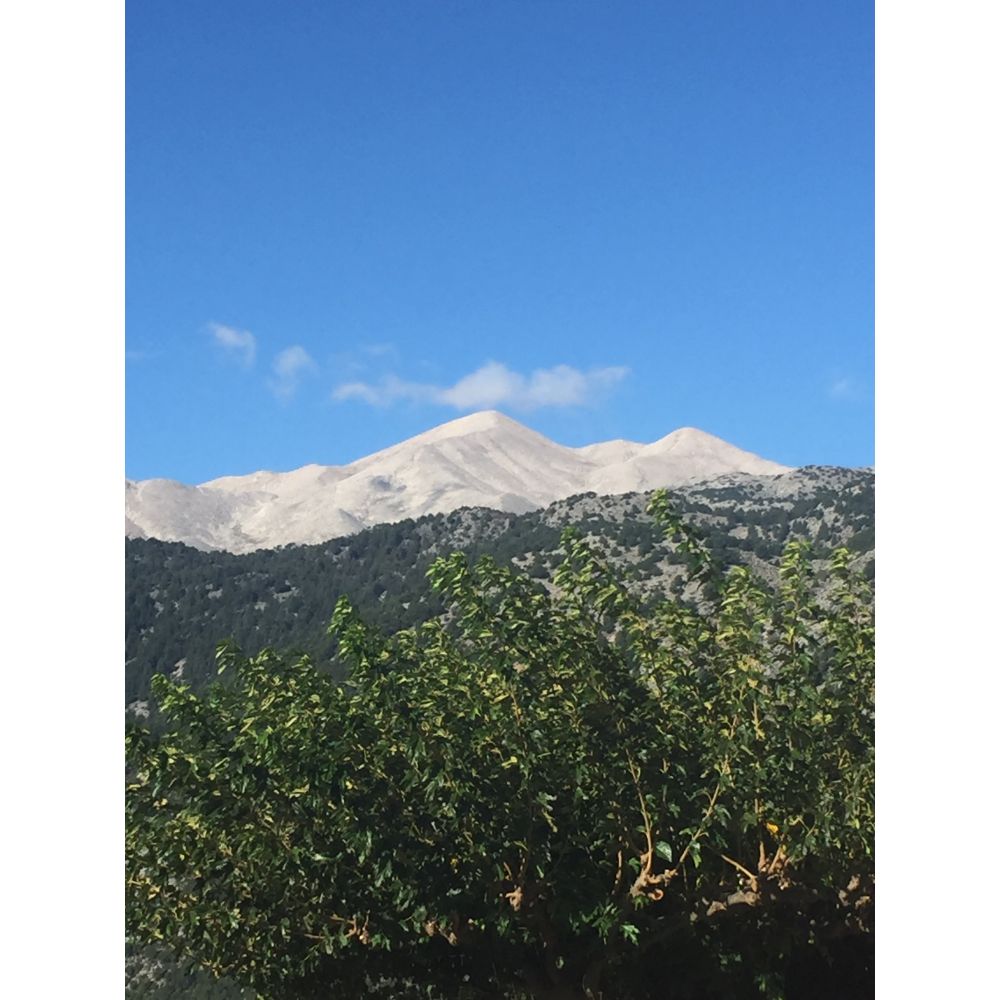 Pachnes in the back a sunny day in October 2020. 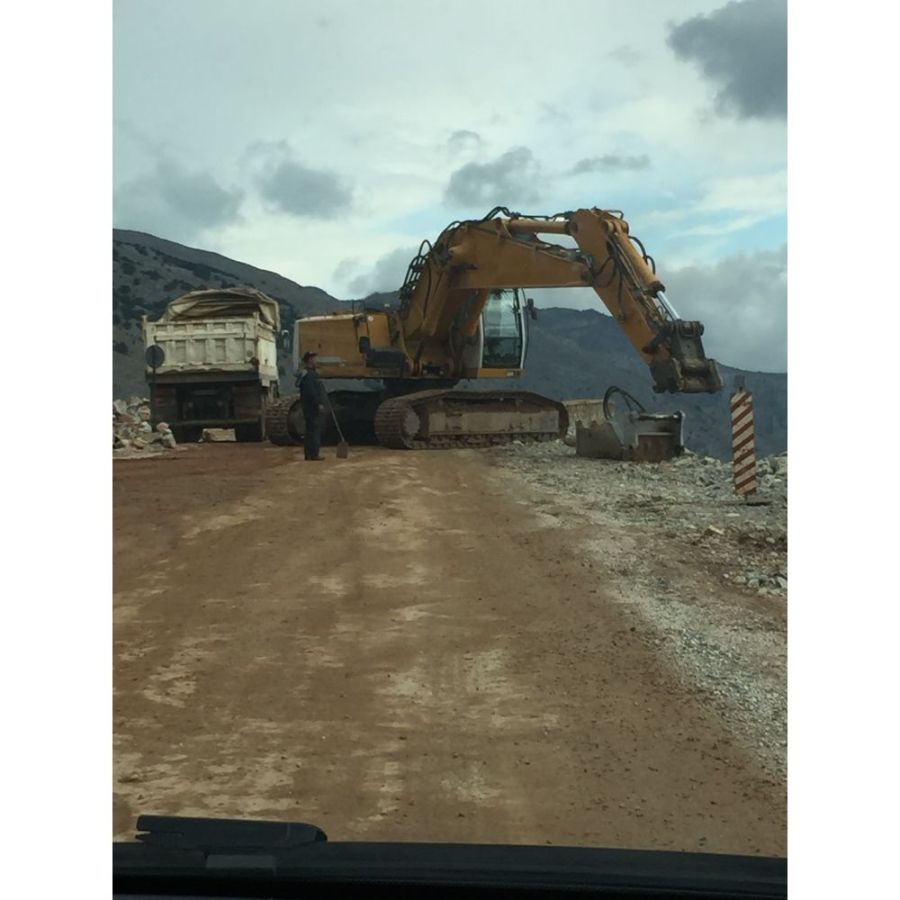 We missed to sent this with widening the road. 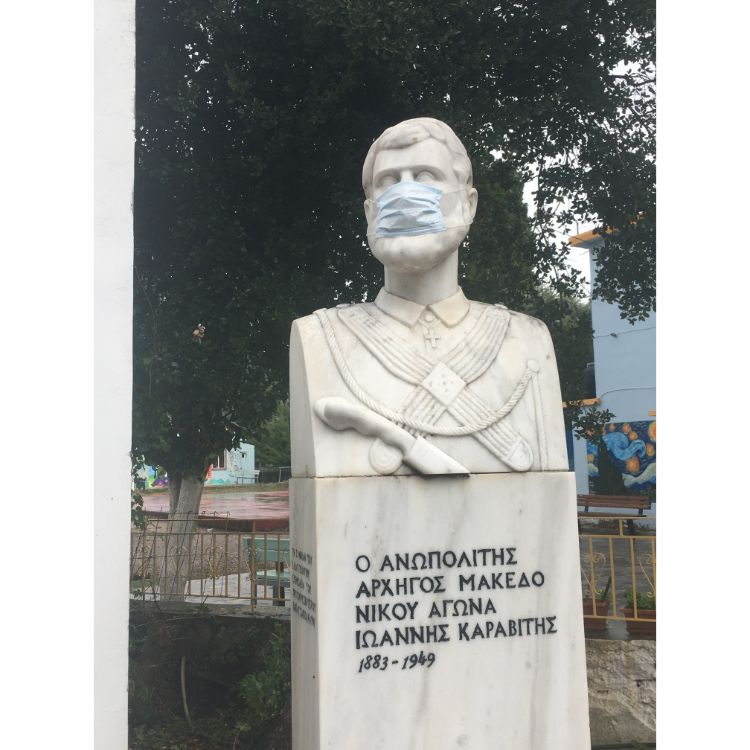 In Anopoli the take no chanses. 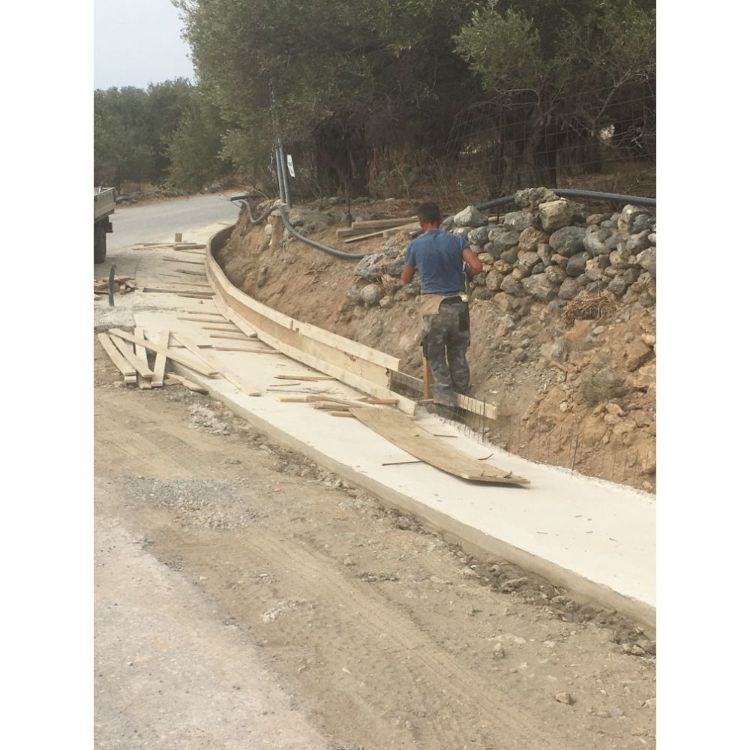 Making the road to Frangokastello more secure for the heavy rain coming from the mountains. 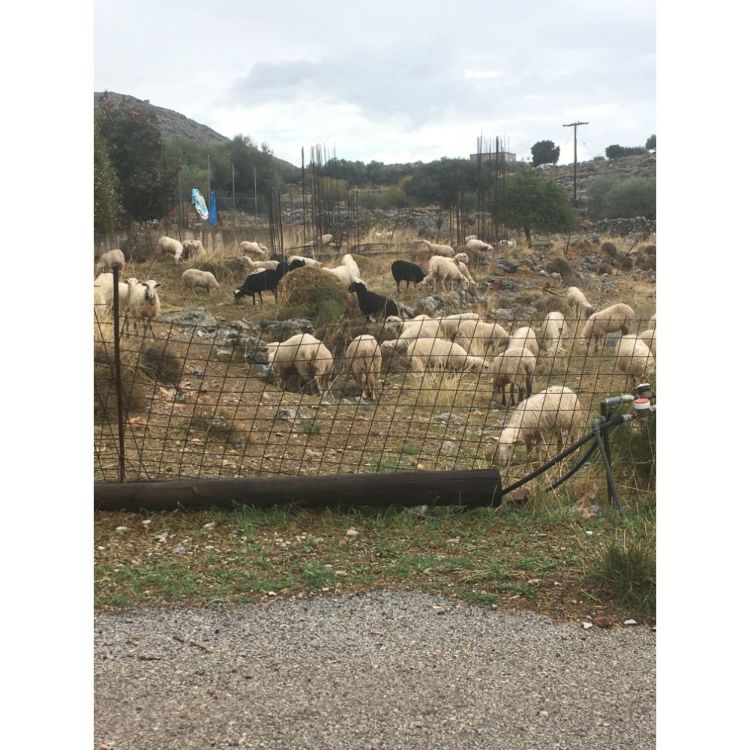 Antikristo - the traditional way of grilling

jassou Peter, another addition from me about Antikristo.

Antikristo is one of the oldest and most unique meat preparation techniques. Antikristo is a traditional type of cooking that is common in different parts of the world but is deeply rooted in Cretan culture.

It is a technique practiced by soldiers in ancient times to farmers in the Byzantine Empire, by the rebels during the Turkish occupation, and adopted by the shepherds over time. It was so popular because it didn't take too much time, preparation, or ingredients.

According to historical texts, in ancient times the soldiers and warriors used their spears instead of wooden skewers. Traditionally, the youngest shepherd dug a hole in the ground and prepared the fire before carefully placing the skewers around the fire. In contrast to grilling as we know it, the pieces of meat are placed in a circle around the fire. This allows the meat to be grilled using the heat generated by the flames instead of the heat generated by the charcoal.

The rebels used this technique under the Turkish occupation because the meat cooks much faster than with other grilling techniques. They were always in a hurry, had to hide, and had little time to grill, as the open fire often betrayed their position.
Antikristo today

These days, the meat is cooked slowly for 4-6 hours and experienced chefs always take care of it. Of course, now before the meat is grilled, it is usually marinated or seasoned. What makes Antikristo so unique is that the slow grilling gives the lamb enough time to separate out all of its juices and develop many different flavors.

Antikristo is now available on Sundays and public holidays in the small village of Kapsodasos (above Frangokastello) in the Vigles tavern.

Ta Leme, kv
"I hope nothing, I fear nothing, I am free."
Nikos Kazantzakis

@ kokkinos vrachos : please add the source from where you got your text, for copyright reasons!

From: https://radio-kreta.de/antikristo-the-t ... -grilling/
All the best,

Re: More picures from Sfakia

Making the road to Frangokastello more secure for the heavy rain coming from the mountains.

So the didn't finish the work last year... We we're in Sfakia last year in the beginning of october and also then the works were in progress.
Post Reply
21 posts
Topic tools

Users browsing this forum: No registered users and 2 guests